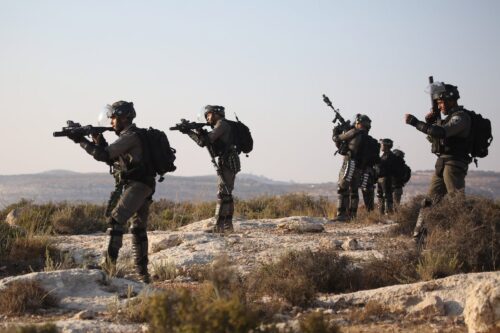 Israeli military bulldozers destroyed Palestinian land today based in Ras Karkar village, west of Ramallah, to build a sewage pipeline. Nu&#39;man Nofal, a farmer from the village, told*Wafa*news agency, that Israeli bulldozers razed the villagers&#39; land, known as Ras Abu Zaitoun,, in order to install a sewage pipeline for the nearby Israeli colonial settlements. Between 500,000 and 600,000 Israelis live in Jewish-only settlements across occupied East Jerusalem and the West Bank in violation of international law. Moreover, he said that Israeli occupation forces opened a dirt road running up to his 50 dunum (0.05 square kilometre) plot of land in the same site, which they fenced off and set up a metal gate at its entrance two months ago, denying […]