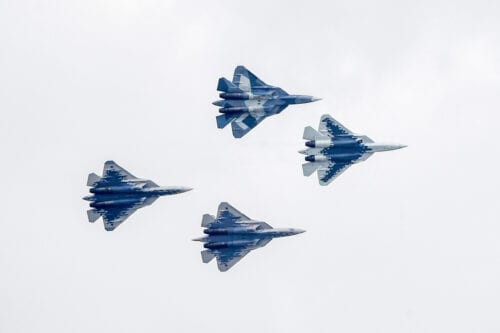 Algeria has signed a contract to buy 14 Russian Sukhoi Su-57 bombers as the arms race with its neighbour Morocco intensifies, a Moroccan news site reported. Media outlets quoted Russia&#39;s*Sputnik*as saying that the government of Algerian President Abdelmadjid Tebboune had bought the fighter aircrafts from Russia for nearly $2 billion. According to reports, Algeria and Russia signed the agreement more than a year after they announced their intention to make the transaction. The Algerian website*Mina Defence*reported in 2019 a possible arms deal between Algeria and Russia, while indicating that the reason behind Morocco&#39;s decision to purchase F-16 fighter falcons was Russia&#39;s anticipated deal with Algeria. The United States, Morocco&#39;s main arms supplier, announced last August that the final steps were […]