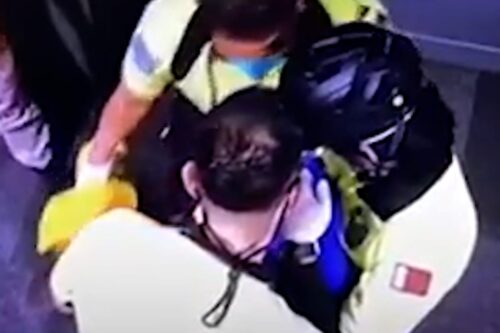 Qatar says it has identified the parents of a baby who was abandoned*last month in a bin at Doha&#39;s airport,*Al Jazeera*reports. Last month, CCTV footage was released purportedly showing the moment paramedics discovered an abandoned baby girl at Doha airport. According to the report, a woman from &#34;an Asian country&#34; fled abroad after dumping the infant, public prosecutors said, adding that efforts were under way to extradite her. The prosecutor added that international efforts are under way to arrest &#34;the fugitive convict&#34; who faces &#34;a maximum penalty of 15 years&#34;. &#34;The mother, while leaving the country, threw the newborn infant in the trash can in one of the toilets in the Departures Lounge at the Airport and boarded the plane […]