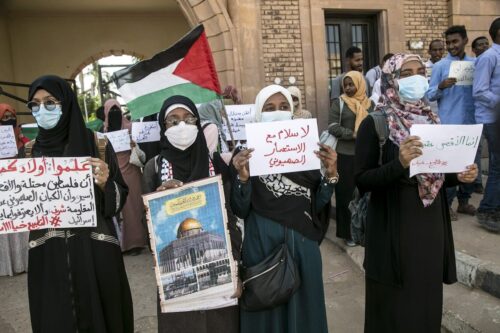 Israeli Defence Minister Benny Gantz refused to allow senior security and military officials from joining the Israeli delegation that visited Sudan on Monday,* Israel&#39;s*Channel 12*reported on Monday. The television station quoted Israeli sources as saying that the Prime Minister Benjamin Netanyahu wanted senior officers from the Israeli army to join the delegation*to discuss*bilateral security affairs in addition to cooperation in the fields of economy, agriculture and water. However, the sources said Gantz rejected Netanyahu&#39;s request, saying that Sudan still has not been removed from the US &#34;blacklist&#34; of countries that support terrorism. Moreover, Gantz said the Israeli army officers should not partake in such a delegation because they could find themselves in an embarrassing or dangerous predicament in an emergency […]