Reasons for Gulf normalisation with Israel 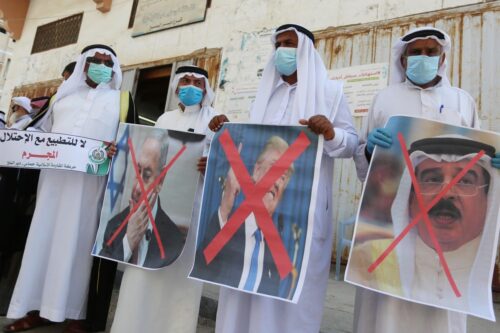 The meeting in Saudi Arabia between Israeli Prime Minister Benjamin Netanyahu and Crown Prince Mohammed Bin Salman is the most important and dangerous step so far along the path of Arab normalisation with the occupation state. Although it did not coincide with a public or an official agreement, or even announcement, as happened with the UAE and Bahrain deals, it remains the most significant of all normalisation moves. Saudi Arabia is the most important and wealthiest Arab country, and it controls many Arab policies. It also dominates the Arab League in partnership with Egypt, as well as a number of international forums that represent the Islamic world. The Kingdom takes the lead in speaking in the name of Sunni Muslims […]

Reasons for Gulf normalisation with Israel