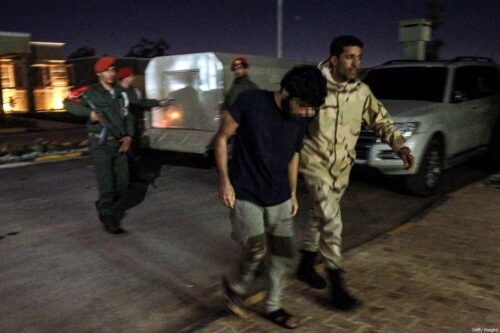 The Libyan army said Tuesday that a plane carrying Syrian mercenaries landed in Benghazi to support Libyan warlord Khalifa Haftar. In a statement to Anadolu Agency, Abdul Hadi Dara, the spokesman for the Sirte and Jafra operation of the Libyan armed forces, said they &#34;received solid information of mercenaries on board a plane that belongs to [Syrian-owned] Cham Wings Airlines which arrived from Syria to Benina airport.&#34; Dara also questioned the role of the United Nations, which is supervising a cease-fire, noting that no action has been taken against Haftar, who is mobilising mercenaries and weapons. The Libyan army said Saturday that it was monitoring the mobilization of Haftar&#39;s militia in areas of Sirte and al-Jafra as well as in […]