Tunisia: normalisation with Israel 'not on agenda' 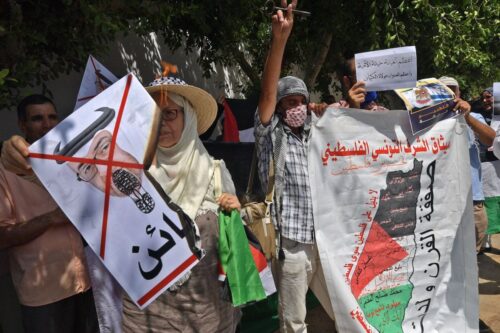 Tunisia has no plans to follow Morocco&#39;s decision to normalise relations with Israel, Prime Minister Hichem Mechichi told France 24 on Monday. &#34;For Tunisia, the question is not on the agenda,&#34; he said. The Israel-Morocco deal was the fourth that the United States has helped to broker since August. It follows similar agreements between Israel and the United Arab Emirates, Bahrain and Sudan. As part of the agreement, Trump agreed to recognise Morocco&#39;s sovereignty over Western Sahara, where a decades-old territorial dispute has pitted Morocco against the Algeria-backed Polisario Front. The Front seeks to establish an independent state in the territory. &#34;We respect Morocco&#39;s choice,&#34; said Mechichi. &#34;Morocco is a sister country that we love very much, but for Tunisia […]

Tunisia: normalisation with Israel 'not on agenda'