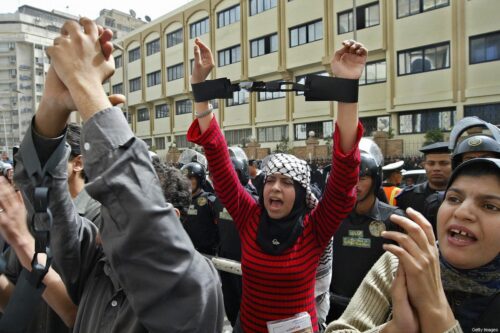 Egyptian rights groups and activists on Friday launched a campaign calling for Egyptian authorities to release student Khaled Sahloub, who has been in jail since 2014 over possessing a camera, Anadolu Agency reported. Sahloub was a university media student who worked as a freelance photographer and sold his work to several news outlets, including Al Jazeera. He was forcibly disappeared for several months in 2014, and was harshly tortured as he, along with a number of Al Jazeera journalists, was linked to a case known as &#34;Marriott Cell&#34;. &#34;However, all of the journalists related to his case had been released, he was sentenced to three years,&#34; a statement issued by the campaign confirmed. &#34;Sahloub spent his sentence in the Scorpion […]