Sudan signs deal with rebel faction for future peace talks Khartoum has made it a priority to establish peace with the SPLM-N rebel faction and settle internal conflicts
MEE and agenciesSun, 03/28/2021 - 15:40 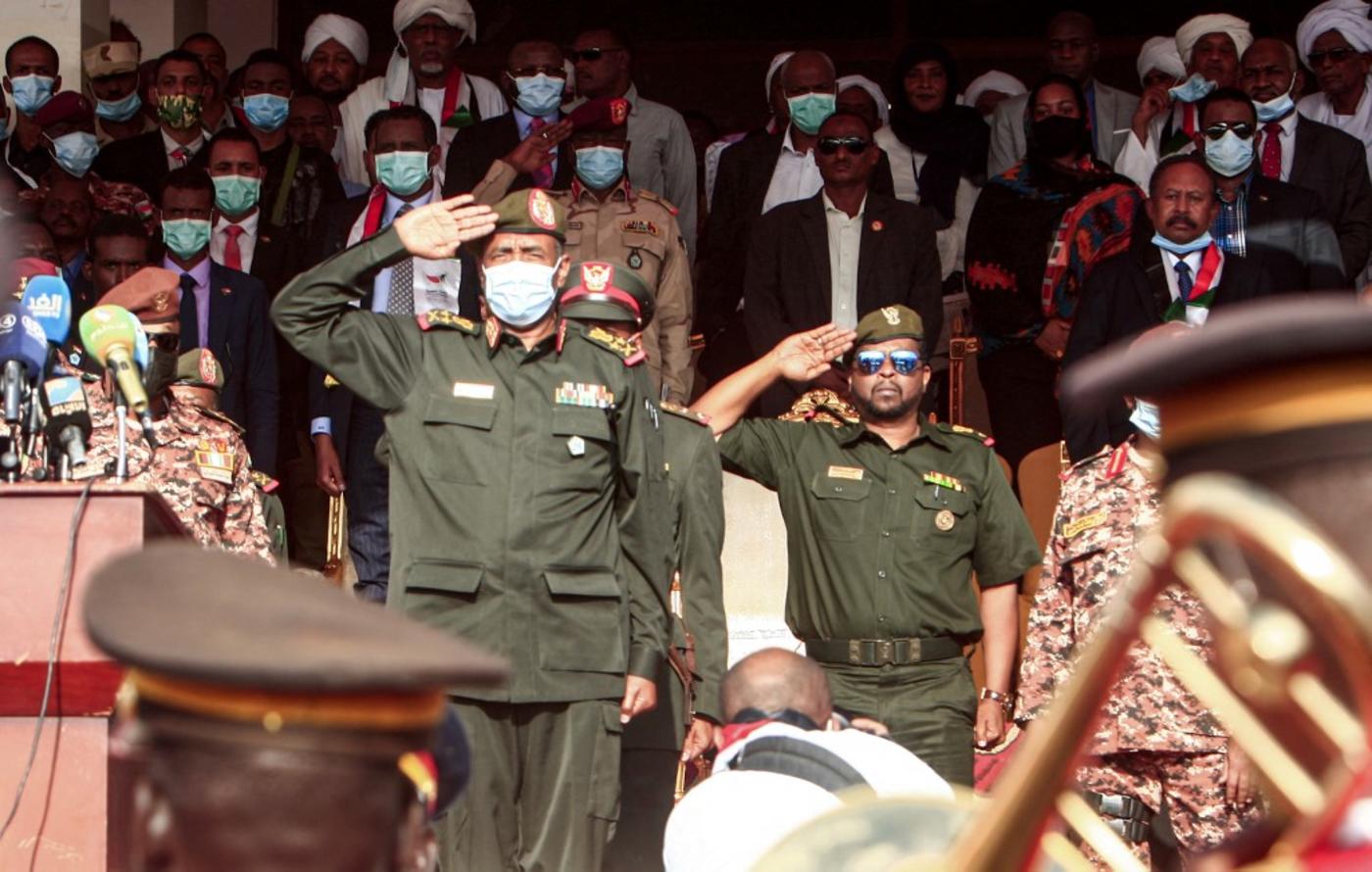 The principles include the unification of the armed forces and establishing a democratic, secular state with freedom of religion.

"They are now going to organise their teams and prepare to resume the peace talks."


The signing of the deal to guide future peace talks comes after the World Bank said it would give Sudan $2bn in grants from the bank's International Development Association (IDA).*

Khartoum said $63m would be available for budget support and welfare support.*

Sudan's transitional government, which consists of civilians and soldiers, has made creating peace with the country's rebel groups a top priority.*

In October, a historic agreement was signed with the*Sudan*Revolutionary Front, an alliance of rebel groups from the Darfur, Blue Nile and Southern Kordofan regions.

A branch of the*Sudan*Liberation Movement led by Abdelwahid Nour in Darfur refused to sign.*