Syria: IS militants hold dozens hostage in police station raid Syria's desert region has seen an uptick in kidnappings from Islamic State fighters who have been dormant since group's downfall
MEE and agenciesThu, 04/08/2021 - 12:11 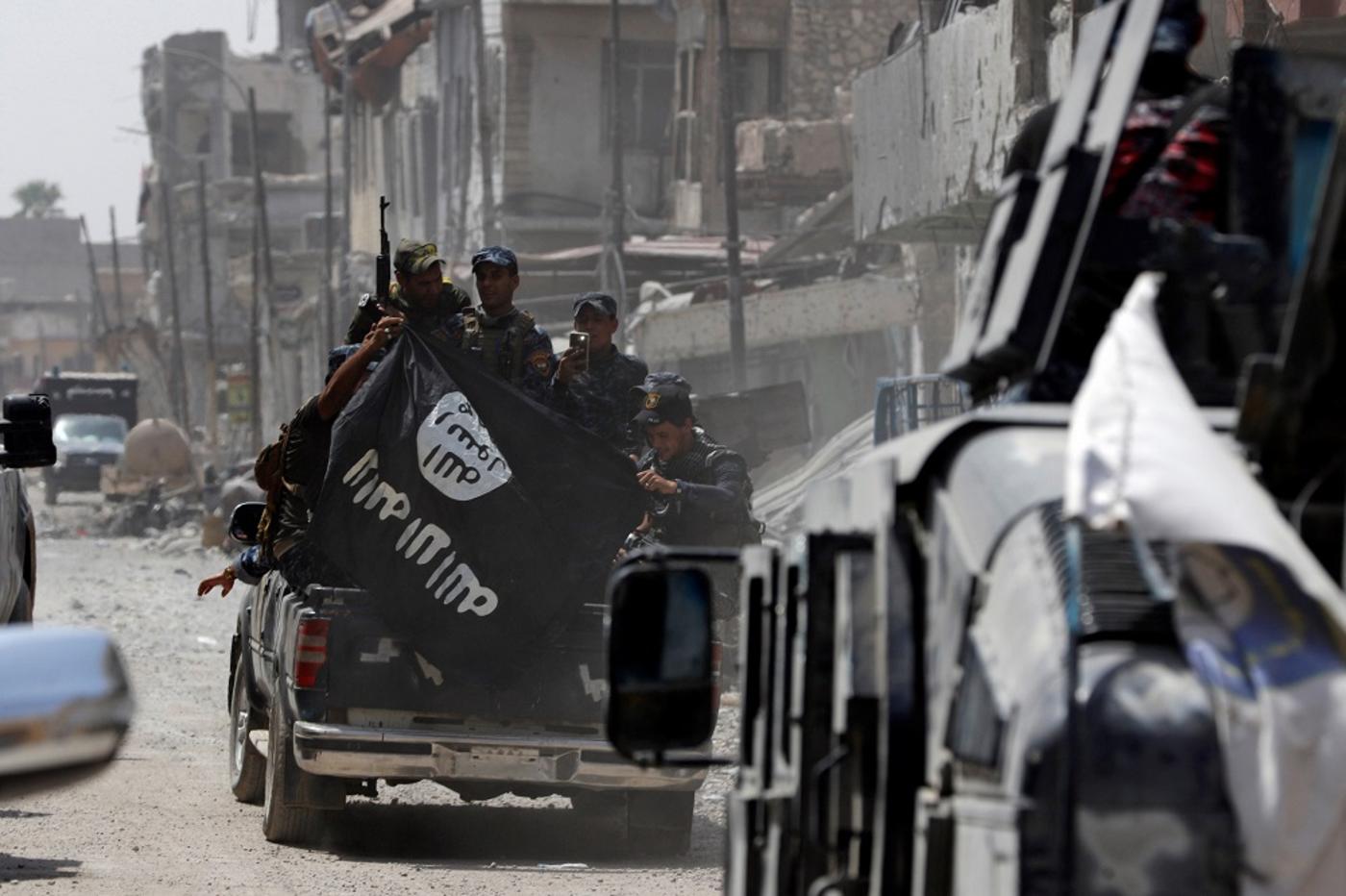 Iraqi police hold an Islamic State flag in the Old City of Mosul after taking control of the city from IS militants (Reuters)
Islamic State (IS) militants in Syria have kidnapped dozens of people in their largest operation since the group's*downfall nearly three years ago, according to reports.*

IS fighters abducted at least 11 civilians who they believe are informers for the Syrian government, and eight soldiers and police officers in the town of al-Saan in western Syria.*

The group stormed a police station in al-Saan,*using*motorbikes to hold security officials and civilians hostage.*

Syria's state news*agency, SANA, said that militants killed one civilian in the attack and wounded a group of civilians picking truffles.*

Rami Abdel Rahman, who heads the UK-based Syrian Observatory for Human Rights monitoring group, told the Times that his sources believe IS are holding at least 13 policemen hostage and that they have taken suspected "informers" for Bashar al-Assad's government in the raid.*


"Those abducted are usually killed, especially if they are a member of regime forces," said Rahman.*

He added that IS had also killed 28 shepherds since September and staged kidnappings against individuals and families.*

Syria's desert region was previously under IS control before Assad's forces took the area back in 2017.*

But in recent months, IS sleeper cells have emerged, carrying out surprise attacks in Iraq and ambushing buses carrying soldiers.*